The role of the inspector of elections can be a confusing mystery to members asked to serve in that role and to managers who may not really know what the job involves.

END_OF_DOCUMENT_TOKEN_TO_BE_REPLACED

Member apathy can make it hard for an association to reach quorum for the annual meeting. A lack of candidates can make it difficult to fill the seats on the board. So, what can a board and management do to generate voter and candidate interest? While there is no quick fix or easy answer to the all too common problem, that does not mean there is nothing that can be done to improve member participation.

Member apathy can make it hard for an association to reach quorum for the annual meeting. A lack of candidates can make it difficult to fill the seats on the board. So, what can a board and management do to generate voter and candidate interest? While there is no quick fix or easy answer to the all too common problem, that does not mean there is nothing that can be done to improve member participation.

Apathy is defined as a lack of interest or concern. The fact is, unless there is an issue which directly impacts all the owners (new parking rules or an assessment increase anyone?), most owners are content knowing that someone else is handling all the work while they enjoy the benefits of living in a managed community. The problem is made worse in that apathetic owners don’t read their CC&Rs, Architectural Guidelines or the community’s rules and regulations. As a result, these owners are more likely to be in violation of the governing documents, and when they receive a violation notice they tend to get angry since they do not understand what they did wrong. In fact, it is not uncommon that when an owner does decide to run for the board it is because they disagree with something the current board is doing. However, I do not mean to suggest that a board seeking to create interest in an upcoming election “stir the pot” with some potentially unpopular issues just to get owners to generate member interest, the key lies in getting owners to care about what is going on in their community.

We often hear that a home is the single biggest investment most of us will ever make. That is true. So, the key lies in communicating with the members about what is happening in their community and how this impacts their “investment.” Let them know regularly what steps the board is taking to preserve the community value. Are there renovations or upgrades being planned, new landscaping being considered, pool repairs or street maintenance planned? Also, take the time in these communications to solicit owner feedback.

You may also want to consider social gatherings such as a barbecue or block party. The goal should be to create an event that will allow the owners to gather in a fun and friendly atmosphere. These types of events are excellent times to promote the benefits the association provides its members. They also give the board an opportunity to engage the members in an informal setting.

While there will be things that you should not place in a newsletter or discuss a gathering, such as violation notices or delinquency status, regular communications and events of this kind give the board an opportunity to explain what it is working on, and how important a role the board plays in managing the community. This helps build owner “buy-in” and interest in the community. Owners who are regularly informed of what decisions are being made are more likely to want a say in the board’s decisions. This will in turn increase interest and community involvement in voting, and in serving on the board. 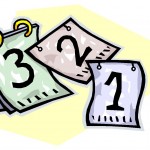 A question came up on the discussion forum of hoaleader.com, and my friends over there asked me to respond. A homeowner was concerned that his Association had improperly set the record date for an upcoming director election. The question was:

Can anyone confirm that in California, regarding a CID director election via an absentee ballot, that the Davis-Stirling Act requires the board to set a “record date for good standing” which is between 60 days in advance of the election and the mailing date of absentee ballots? I am concerned that our board has declared that ballots are to be mailed to association members in good standing on May 31, 2010, but they have declared a “record date for good standing” for June 15, 2010, two weeks after mailing, an obvious conflict which I believe is a D-S violation. This may deprive some members of their vote, even after receiving ballots, and open a door to election fraud. Am I correct in my legal understanding and concern? We have an election on July 3, 2010, and time is short to correct this error.

Section 7611(a) provides the time frame for the Record Date to receive notice of a meeting of members, which “shall not be more than 90 nor less than 10 days before the date of the meeting.” In the absence of a record date defined in the bylaws or by the Board, members at the close of business on the business day preceding the day on which notice is given are entitled to receive notice of a members meeting.  For the purpose of determining a record date for members entitled to vote at a meeting of members, the record date shall not be more than 60 days before the day of the meeting. If no record date is fixed by either the bylaws or the Board, members on the day of the meeting who are otherwise eligible to vote are entitled to vote.

In responding to the question above, we do not know if the Association’s bylaws contain any instructions for establishing the relevant “record dates” for the upcoming election. However, it appears that May 31 was selected as the record date for notice of the meeting, and June 15 was selected as the record date for determination of voter eligibility. Assuming the bylaws are silent on the issue, the dates selected by the Board comply with the requirements of section 7611 for a July 3rd election date. In addition, by mailing out ballots on May 31st, the Association complies with the Davis-Stirling Act, which requires that written ballots be mailed out at least 30 days prior to the election (Civil Code section 1363.03).

While the owner raising the question is concerned that some owners may lose their right to vote after receiving their ballots, it is just as likely that owners who are not in good standing will have the opportunity to rectify the situation between the time they receive their ballots and the later date being used to determine voter eligibility. In addition, in order to deem an owner not to be in good standing, the Association will have had to call the owner in for a hearing. Given the time frame identified, it is likely that any owner who loses their right to vote between the time the ballots are mailed and the record date for voter eligibility will have been in violation of the CC&Rs prior to the ballots having been mailed.

Are the actions taken by a board who may have been improperly elected valid?

Once enacted, this bill should help any board facing a challenge to an election months after the election.