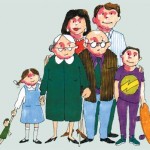 The California legislature provided some limited assistance to California homeowners associations earlier this year when it amended Civil Code Section 2924b(f) to permit homeowners associations in California to record a document requesting a copy of a Trustee’s Deed Upon Sale recorded by anyone authorized to record a Notice of Default against real property. Once an HOA records the request, a lender is supposed to provide notice to the address contained in the request within 15 days after recording the deed.

While an association that files the proper form may receive earlier of a bank having taken over a property, unfortunately no penalties for not providing the required notice to the association. Nevertheless, homeowners associations in California should avial themselves of this relatively cost effective option to improve the likelihood they will receive timely notice when a bank takes over a property within the development.

Assembly Bill 1061 bill sailed through its first test Tuesday with unanimous approval from the Assembly Water, Parks and Wildlife Committee. Under the bill, homeowner association rules would be “void and unenforceable” if they restrict compliance with local landscaping ordinances or conservation measures. 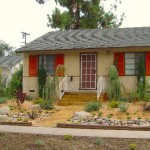 Assembly Bill 1061 bill sailed through its first test Tuesday with unanimous approval from the Assembly Water, Parks and Wildlife Committee. Under the bill (previously covered here), homeowner association rules would be “void and unenforceable” if they restrict compliance with local landscaping ordinances or conservation measures.

While the goals of the bill may be admirable, it is written so broadly it could disrupt homeowner groups’ authority to review an individual homeowner’s landscaping plans that spell out the type, number and placement of plants.

Many people chose to live in developments with association rules because they like the appearance of common landscaping, architectural design and colors.  While the state may have an interest in conservation, it is hoped that the legislature will amend the bill to need to protect the interests of homeowners who purchase in a common interest development because they like the fact that the uniform rules help preserve property values, and improve the general appearance of a community.

I still suspect that the bill is largely unnecessary and disputes over the installation of drought tolerant plants are rare.  I would love to hear if anyone has been involved or is aware of such disputes within their association. 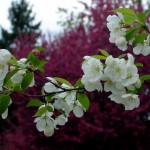 The Nevada Senate voted Monday for an alternative energy bill that would limit a homeowner association’s ability to restrict the installation and use of solar energy systems. 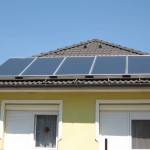 The Nevada Senate voted Monday for an alternative energy bill that would limit a homeowner association’s ability to restrict the installation and use of solar energy systems.

Sen. Mike Schneider, author of SB 114, says the bill strengthens existing laws that already prohibit homeowner associations from interfering with installation of solar energy systems. Currently, a homeowners’ association in Nevada can impose restrictions that, while not prohibiting solar energy systems, could make them so much more costly and so much less efficient that the restrictions effectively act as a prohibition.

Under the bill, the director of the Nevada Office of Energy would have final say as to whether a restriction imposed by a homeowner association violates the rights of a homeowner to use or install a solar energy system.

The proposed bill also deems any restrictions that reduce efficiency of solar energy systems by more than 10% to be unreasonable.