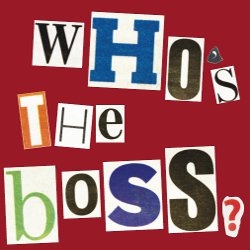 A BOARD MEMBER OR MANAGER tells a landscape company’s employee that he or she can only work during certain hours on particular days of the week or directs the employee to plant flowers in a specific way or location. Or, if a board believes the association isn’t receiving the level of service it expects, it may try to require its management company to fire a manager or replace him or her on the account. These situations aren’t all that uncommon.

Since the association is contracting for these services, the board (and maybe its manager) probably believes the contractor—and not the association—employs those individuals. However, under certain circumstances, the association could be found to be a “joint employer” of a contractor’s employees, which means a lot more fiscal responsibility and legal liability.

In a 2015 case known as Browning-Ferris Industries of California (# 32-RC-109684), the National Labor Relations Board (NLRB) overturned a long series of cases in the collective bargaining arena. With the decision, the circumstances expanded under which an entity that contracts for services can be found to be a joint employer. The decision could have far-reaching implications for both community associations and management companies, making them responsible for the employees of landscapers, painters, managers and others who provide services to an association.

The “joint-employer” doctrine isn’t a new concept in the law. A joint-employer relationship can exist when someone performs services that benefit two or more separate entities and those entities are sufficiently related or associated with each other. In those circumstances, each of the entities could potentially be considered a worker’s “employers,” and therefore each entity could be obligated to provide certain benefits to that individual, such as payment of hourly and overtime wages. They also could be found to be responsible for providing leave under the Family and Medical Leave Act or for acts of others resulting in liability for sexual harassment, discrimination or other wrongs.

Prior to Browning-Ferris, courts had narrowed the circumstances creating joint employment to those in which each party actually exerted control over the employee’s wages, hours worked, discipline and working conditions, among other factors. Citing what it perceived to be a change in the country’s workforce, with more employers turning to independent contractors to fill their workforce needs, the NLRB determined in Browning-Ferris that it needed an expanded definition of what could be considered a joint employer. Most significantly, the NLRB ruled that requiring actual control over an employee before a joint-employer relationship could be found was, in its opinion, too narrow of a test. As a result, the test is now expanded so that the mere right to exert such control, whether or not it is ever actually exercised, is the significant factor in finding a joint-employer relationship.

In Browning-Ferris, the NLRB set forth a new two-part test to evaluate whether a joint-employer relationship exists. First, the NLRB will evaluate the extent to which a company has the contractual authority to directly control the means or manner of a third-party employees’ work and terms of employment. The second part of the test is whether a company indirectly affects the third-party employees by exercising ultimate control over the employment relationship. Central to both parts of the standard is the existence, extent and object of the potential joint employer’s control over issues such as hiring, discipline and termination, wages and benefits, scheduling and hours, work processes and training. A finding in either circumstance can lead to the establishment of the joint-employer relationship.

The NLRB ruling was appealed in early 2016. A final determination isn’t expected until sometime in 2017. Until and unless the case is overturned, the NLRB decision applies.

Although no one knows exactly how the NLRB and the courts will apply the new Browning-Ferris test to various business relationships, if the ruling is adopted by other courts, the biggest impact will be on the terms that are included in contracts.

Even under the old rule, exerting actual control over a service provider could lead to joint-employer liability, and there are some important “do’s and don’ts” when dealing with a contractor’s employees that can help minimize that potential risk. To begin with, neither the association nor the management company (or manager) should exercise any direct or immediate control over any of the terms and conditions of employment of third-party employees related to hiring, firing, discipline, supervision and direction on performance.

If the board or the manager believe that there are performance issues with a particular business partner employee, they should avoid addressing the matter with the individual. Rather, any concerns should be brought to the service provider’s account representative for the association or the employee’s supervisor. In addition, the board shouldn’t make a specific request for a person to be fired or to seek to have that person’s hours, wages or responsibilities changed or limited. Nor should the board or the manager engage in training of a particular business partner employee. Instead, any problem should be identified and presented to the contractor, who will provide solutions to address any issues and training. While it may be difficult at times to avoid such communications with a business partner’s employee, providing training, seeking to have a person fired or having a particular person’s hours, wages or responsibilities changed are precisely the type of actions that the NLRB would view as “exerting control,” which would increase the likelihood and risk of being found to be a joint employer.

Given that the NLRB is now looking for the mere authority to exert control over a service provider to find the existence of an employment relationship, all association business partner contracts should include some basic terms. While including these terms may not be determinative on the joint-employer issue, they go a long way in establishing that the relationship isn’t intended to exist.

There also are certain terms that should be avoided in such contracts to minimize the risk of being considered a joint employer. Such terms include any ability of the association or manager to:

In addition, while a cost-plus-labor contract wouldn’t in and of itself create a joint-employer relationship, the NLRB indicated some terms would be considered in conjunction with other factors to support a joint-employer finding. Some factors the NLRB would consider include whether:

The foregoing isn’t an exhaustive list of all the factors the NLRB will consider, and some items on the list may be impractical for many associations or management companies that desire to enter into business partner relationships. However, without additional guidance from the NLRB or a ruling on the appeal, it will be difficult to determine the full parameters of the new joint-employer standard.

While it remains to be seen if other courts will embrace the NLRB’s new test regarding the joint-employment relationship, other federal agencies have indicated they intend to do so. For example, the U.S. Department of Labor has adopted standards under the Fair Labor Standards Act (FLSA) and the Migrant and Seasonal Agricultural Worker Protection Act (MSPA) that follow the NLRB decision. The Labor Department’s guidance on identifying a joint-employer relationship is important because each joint employer is jointly and separately liable for compliance with the FLSA and MSPA.

The new standard set forth by the NLRB is a drastic departure from the prior standard in which joint employment was found only if the control exercised by the presumed joint employer was actual, direct and substantial. Supreme Court Justice Antonin Scalia’s unexpected death and the continuing vacancy on the high court also leaves many wondering what happens next. If the Supreme Court eventually hears a case challenging Browning-Ferris, it’s not clear how the court would rule. The eventual replacement for Justice Scalia may have the deciding vote in how joint-employer relationships will be defined going forward.

With the uncertainty on how the courts will interpret the new NLRB standard, it’s best that associations and management companies take a proactive approach with their current business partners. In addition to reviewing contracts, they should consider conducting an audit of the actual practices and interaction with service providers and their employees, as well as providing training to board members, managers and employees regarding the parameters of the relationships and proper interaction. Such steps would go a long way in addressing the risks and ensuring that the association and management company aren’t deemed to be joint employers of their contractors’ employees.

Robert M. DeNichilo is a founding partner in Nordberg | DeNichilo in Orange County, Calif.  Greg Coulter is a shareholder for Littler Mendelson in Phoenix.

* Post article addendum – It should be noted that the decision in Browning-Ferris essentially mirrors the current law in California under Labor Code section 2810.3, which became effective January 1, 2015. – RMD