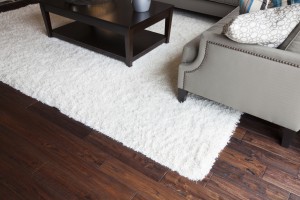 One of the consistent issues plaguing condominium associations is that of unapproved hardwood floors, often installed in an attempt not only to improve or beautify the unit, but also help alleviate dust allergies. However, when installed over a lower floor unit, they can lead to conflict over increased noise. In the case of  Ryland Mews Homeowners Association v. Munoz (2015), 234 Cal. App. 4th 705, the appellate court affirms an association’s right to require prior community association approval before installation of hardwood floors.

The Ryland Mews court found that, even in the case of hardwood floors installed to combat dust allergies, the increased noise resulting from the removal of carpeting and installation of hardwood floors constituted a nuisance to the residents of the lower floors, justifying the granting of a preliminary injunction which required the installing owner to place throw rugs over much of the flooring.

In Ryland Mews, the CC&Rs restricted owners from altering units in “any manner that would increase sound transmission to any adjoining or other Unit, including, but not limited to, the replacement or modification of any flooring or floor covering that increases sound transmission to any lower Unit.” In addition, the CC&Rs stated that owners could not cause a nuisance.

When defendant Ruben Munoz moved into an upper floor unit, he replaced the carpets with hardwood floors to accommodate his wife’s severe dust allergy without seeking architectural approval from the Association. After the installation, the occupants of the unit below began to experience “sound transfer” through the floor, which they had not previously experienced. In fact, they claimed that, after the hardwood floor was installed, the noise from upstairs at all hours of the day and night became “greatly amplified and intolerable,” so that lower floor residents “found it difficult to relax, read a book, watch television, or sleep.”

Ryland Mews Homeowners Association filed suit for violation of the CC&Rs, and sought an injunction and declaratory relief. The Association alleged that Munoz had violated the restrictions applicable to all residents at the time of the floor installation, and that the hardwood floors created an acoustic nuisance, violating the neighboring owner’s sense of quiet enjoyment and also “reducing property values for all owners within the Association.” In opposing the motion, Munoz contended that hardwood floors were necessary in his home because his wife was severely allergic to dust. Consequently, removing the floors and installing new floors not only would be expensive but would endanger his wife’s health.

Relying on the restrictions against nuisance, and the restriction obligating owners to seek prior approval of improvements, the appellate court held that it was within the trial court’s discretion to reject Munoz’s argument and grant a preliminary injunction that required Munoz to install throw rugs over 80% of the floor area (excluding the kitchen and bathrooms) pending Munoz’s submission of a proposal for modification to the existing floor covering, which was to be “within the specific approved guidelines and specifications for floor covering modifications established by the Association.”

It is interesting that it does not appear that the defendant unit owner did not specifically refer to a Fair Housing Act accommodation requirement in their argument against issuance of a preliminary injunction. It is also interesting to note the preliminary injunction issued by the court required that the unit owner submit proposed mitigation measures to satisfy guidelines of the Association not in effect at the time of installation of the hardwood floor improvements.

While the Ryland Mews court did not require the removal of the hardwood flooring, in upholding the preliminary injunction requiring Munoz to comply with the Association’s guidelines, the appellate court reaffirms the right of an Association to seek legal remedies when hardwood floor installations cause a nuisance to neighboring units and there has not been prior architectural approval.

Any board that has questions regarding the enforcement of restrictions in light of this case should discuss the matter with the association’s legal counsel.